My next film is going to be titled “American Soldier”, based on an original script by Josh Pereira. Here’s the synopsis he provided:

“The day is September 11, 2001. Retired Iraq War soldier Jon is already packing his bags to go off and fight those responsible. But his beautiful wife Kate has an announcement – she’s pregnant. Jon’s never wanted to fight for his country more, but now he’s got a baby on the way. Is his responsibility to his country or to his family? Only he can decide…”

As I was reading the script, I fell in love with everything it had to offer, from the characters to the structure, to the dialogue, to the themes and subtext, to the overall message. I am looking forward to doing this film, and I really want to do this story the justice it deserves. So, I’m going on Indiegogo to try and raise $2,000 over the next two months. This campaign will run until July 15th, so you have some time to make these donations. But we need your help to make this best film possible, so go on American Soldier’s Indiegogo page now and contribute to our next movie.

As of ten minutes ago, we have officially reached our goal of TWENTY orders sold for our Warren World Productions T-shirts!!!!!!!!!!!! Thanks to everyone who was willing to purchase our shirts. The campaign will end on April 1st, and it will take two weeks tops for the shirts to arrive. In the meantime, you can still purchase your Warren World Productions T-shirt at http://teespring.com/WarrenWorld

Normally, production studios should be promoting their own films. I am going to ignore that rule right now. Today is the day that I made my feature film debut in God’s Not Dead. The movie was filmed back in November 2012 around Thanksgiving week. They were filming on campus out on the Quad, and I found out that they’re looking for extras. At that moment, I decided that school can wait, because destiny was calling. It was a very awesome time, and I enjoyed working with these people. My co-stars include Shane Harper (Good Luck Charlie), Kevin Sorbo (Hercules: The Legendary Journeys), Cassidy Gifford, Dean Cain (The Adventures of Lois and Clark), Willie and Korie Robertson (Duck Dynasty), and newsboys. Yesterday, I found a clip online of one of the scenes that I’m in, and I can now share it with everyone.

So, God’s Not Dead is out now! Go see it in theaters this weekend! It would be a shame if you didn’t. I put every ounce of effort into my 4 scenes. You can go on http://godsnotdeadthemovie.com/ to find which theaters are screening the film.

For all our dedicated fans out there, we’re giving back with these limited edition T-shirts with our logo featured. A while back, I saw a shirt on this website called Teespring. After I bought the shirt, I looked into Teespring to learn about the website, and it’s very similar to Kickstarter, Indiegogo, etc. It’s a crowd-funding website that centers on custom-made T-shirt designs. You can make your design and sell them on the website to friends, family, fans, and public consumers. They figure out how much it costs to make one shirt with your design, and you use that to determine your price for the shirt. Then you set a goal of how many you need to sell in a specific timeframe. If you look below, you’ll see the front and back of the shirt.

Now the price for the shirt is only $15 plus shipping and handling. Our goal is to sell 20 shirts, and we gave ourselves 3 weeks for this campaign. You basically have until April 1st to purchase your shirt. We need to sell 20 in order for them to be yours, so act quick and help us spread the word about Warren World Productions! You can go on http://teespring.com/WarrenWorld to pre-order the Warren World Productions T-shirts.

We come from Louisiana, and we’re known to celebrate a holiday called Mardi Gras, which is French for “Fat Tuesday”. It always comes about 40 days before Easter Sunday. On this holiday, there are two big traditions that we do every year: one is attend numerous parades throughout the state, especially in the city of New Orleans. The other one is eating King Cakes. We had one script for each tradition for Mardi Gras. Eventually, we chose to film the King Cake episode. With our new cast member, Sterling Zhang, we devoured that cake for a very funny episode that we hope you will all enjoy. Happy Mardi Gras!

Due to scheduling conflicts, Nathaniel Hearn has dropped out of the main cast for our web series “Warren”. He’s got a new job that he’s concentrating on, as well as training for the ROTC. We were very happy to have worked with him over the past few months, and we wish him the best of luck with his new direction. As always, “Warren” moves forward, and on that note, we want to welcome the newest addition to our main cast, Sterling Zhang. He will be filming his first episode today in “Warren Eats King Cake”, and we are very happy to have him on board. 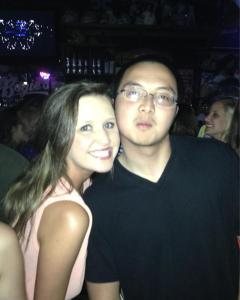 Good news, everyone! Episode 2 of Warren is now online! In this episode, which is titled “Warren Gets a Call”, Warren’s video game gets interrupted by a phone call from the Devil.

This was a great episode to film. It was only the second episode, but in a lot of ways, it was the first. This episode marks the debut of Warren’s best friend, Matt, played by Matthew Reed. Also, it is the first episode for Nathaniel Hearn, who plays the Devil in this episode, but will play another one of the main characters, Nate, for the rest of the show.

It is a very funny episode. Trust me, you do not want to pass this one up. Also, check out these hilarious bloopers below.

Yesterday, we shot the fourth episode of our web series “Warren” at the LSU UREC. In this episode, titled “Warren Sucks at Basketball”, Warren gets challenged to a free-throw contest against a girl, who is just as terrible at this sport than he is. This episode will mark the debut of Nicole, played by Nicole Prunty. Episode 4 will premiere on December 15th. In the meantime, check out the behind-the-scenes pics we took while filming this episode. 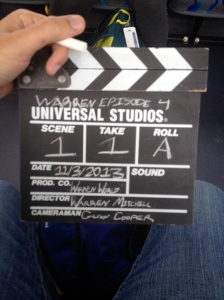 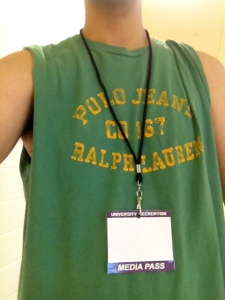 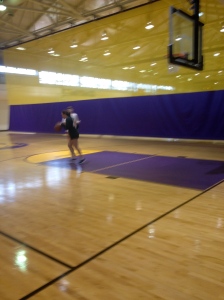 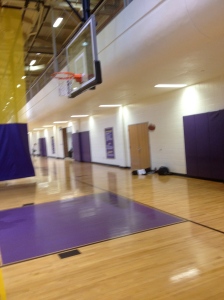 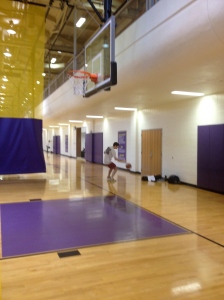 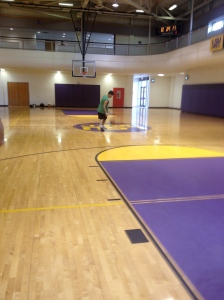 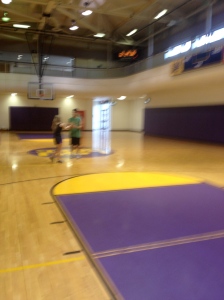 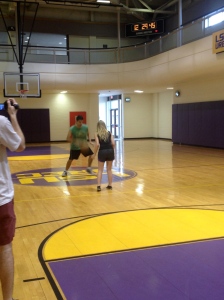 Yesterday, we filmed Episode 3 of “Warren” and even with a lot of disadvantages, we got it done in miraculous time, and everything has been edited. We will premiere that episode next week. Today, we’re shooting episode 4!

By popular demand, here’s the preview for Episode 2, “Warren Gets a Call”, which premieres Friday, December 6th. In this episode, Warren’s video game gets interrupted by a phone call from the Devil.

This was a great episode to film. It was only the second episode, but in a lot of ways, it was the first. This episode marks the debut of Warren’s best friend, Matt, played by Matthew Reed. Also, it is the first episode for Nathaniel Hearn, who plays the Devil in this episode, but will play another one of the main characters, Nate, for the rest of the show.

It is a very funny episode. Trust me, you do not want to miss it.